Who is the representation for young perspectives? 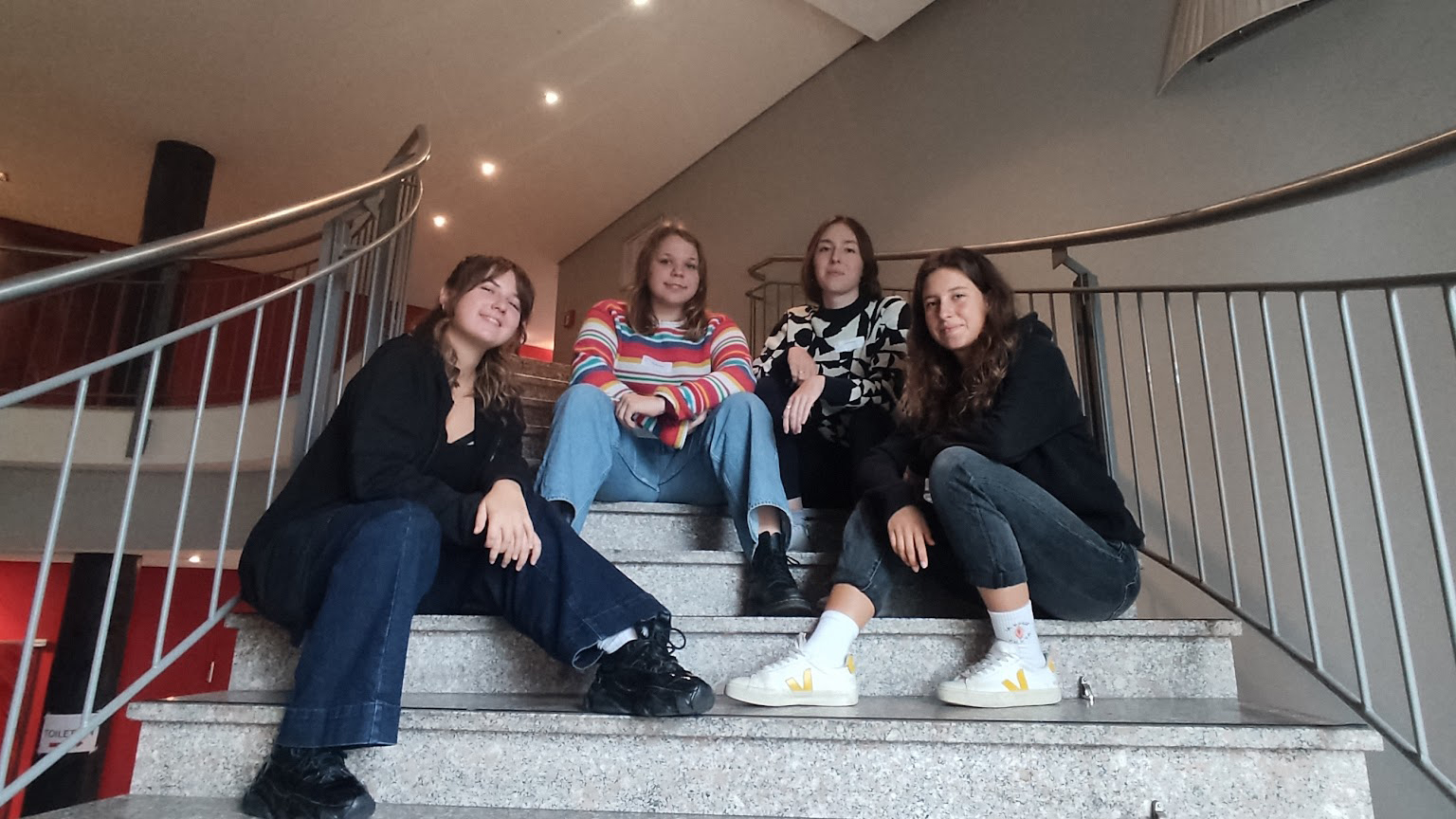 Originally, we were just an outraged youth editorial team.

After our outcry about AUGENBLICK MAL! 2021 led to our integration into the festival structures at the request of the conceptual team and the management, we also first had to figure out who we wanted to be within these structures. Are we the ones who annoy, the ones who co-curate, the ones who make their own program? We represent young perspectives in the AUGENBLICK MAL! Festival and see ourselves as the voice of the youth in the discussions in and around the festival. This also means: we have to go against a lot of what has happened and been decided so far, because we are bound to an activist claim. We are aware that we have limited perspectives and that we are relatively homogeneous as a group. We want to make the festival as accessible as possible for everyone, and in doing so we rely on a discourse at eye level and an open discussion. It is particularly important to us that children's and youth theater is not made and discussed exclusively by adult theater professionals, but that children and young people must be established in the scene as experts in their own right. We want to question the existing structures in children's and youth theater and change the way theater is made, watched and talked about.

What would be an ideal festival for you in 2023? What would it have to feel like? What should remain after it ends?

Lena: An open space without borders! The feeling that you can take part in every conversation and be noticed and recognized. And at the end, an even greater enthusiasm for theater than before.

Nicole: A safespace and meeting place for theater connoisseurs and theater newcomers. A place to feel good. And in the end, joy and memories of great plays and people should remain 🙂

Jana: A festival where we find out together what it can mean to actually talk to each other about theater at eye level and we try to find answers to what the task of children's and youth theater is in these times.

Mariella: A festival for everyone. For the professional audience and for children and young people. A safe place without exclusion. At the end, our heads should be full of great memories, so that we look forward to the new festival even more.

Florian: Excitement, variety, creativity, daring, but also controversial. Especially the exchange, on different levels, between the different groups of visitors, should be the special feeling of theater festivals.

When you're in the viewing process for AM! what are you looking for?

Lena: For the experiences I would have liked to have had when I went to the theater with my school. For plays that maybe not only proven Theatre Kids can pull something from.

Nicole: I'm looking for something that really speaks to kids and teens, and doesn't just cater to Gen Z stereotypes.

Mariella: For me, one of the most important things is that I don't get bored and have fun watching. It's also important to me that children and young people are shown authentically on stage and that you don't reproduce clichés about young people.

Thalia: I am always looking to see myself or my inner child on stage. I want our stories to be told. If someone tries to explain something to me, I switch off.

Florian: I'm not looking for "0815 - plays" that use the typical (proven) stylistic devices of the theater, but surprising and new, which remains in memory. In my invention, plays that I can't remember the next morning are unsuitable for a theater festival. Likewise, I have a special emphasis on the sustainability of a play, so I look for that feeling of talking about it with friends. And the whole evening, and next day must think, then this play did everything right.

What was your best AM! Moment? / Best moment in the work at the Representation for Young Perspectives?

Lena: Our live meetings in Marburg and Bremen! They were always interesting, insightful and above all a lot of fun!

Nicole: The moment when the Representation for Young Perspectives was "founded" - I would never have dreamed of being part of something so great!

Jana: The people! It's always so rewarding, especially with my fellow representatives, to talk about what's on our minds and what our ideas are to make it better and then start implementing that.

Mariella: The moment when I saw everyone live for the first time and they all looked like I imagined them. I also love it when I feel that our opinions are being heard, that just makes me happy!

Thalia: Every time I feel that criticism leads to actual change. It doesn't happen regularly, but it has happened and it gives me hope for the future of AUGENBLICK MAL!

That in a festival for young audiences, the younger audience can also have a say and actively participate and make a difference.

How did you perceive your position/work in the last festival 2021?

Lena: It was great to get to know the festival. But we probably wouldn't be as sweet and "hand-tame" as we were then 😀 today.

Nicole: Working in the last festival was super fun and eye-opening for me regarding structures in the theater that you don't see as an audience member.

Jana: It seemed like a huge honor to be there in a writing position at the time. Now we are facing the next festival and demand real participation from us young people and children, instead of nice articles.

Mariella: I thought it was great to get to know the festival like this. I think we were still very reserved and I think we are not anymore.

Thalia: For me at that time it felt like tokenism to suggest participation without actually taking children and young people seriously and empowering them in the festival. For me, this was shown through the curatorship and the invited plays, the festival times, the way the eye-catchers were talked about and how the contributions were shown, and through how children and young people were dealt with in the discussion formats. Surprisingly, we were able to talk about it and I was allowed to write about it. That was a very important step for me on the part of the festival.

What was the reason for you to found the Representation for young perspectives?

Lena: The feeling of not understanding and not being understood!

Nicole: The desire for equal rights.

Jana: The lack of understanding that adults decide what should be relevant for me.

Mariella: When I'm sitting in a post-performance meeting and I feel like everything here is about adults and their next job at the theater.

Thalia: After bitterness, a feeling of curiosity as to whether we can and may really do better.

What makes theater special for you?

Lena: The encounters. The energy. Being bound to the moment.

Nicole: Especially being live and interacting with the audience, but also the power to entertain and move.

Jana: The moment in which stories can become reality for a brief moment, which theater always creates through its images and words.

Mariella: I love listening to people and seeing myself just let go and feel the energy of other people.

Thalia: 6 weeks of intense teamwork, for a live moment. I rarely feel more intensely connected to what living together means.

Florian: The last festival was a journey, an imaginative journey, with great people and the great experience of writing about the plays and being able to express your opinion, and now the next adventure begins; as a representative for young perspectives.