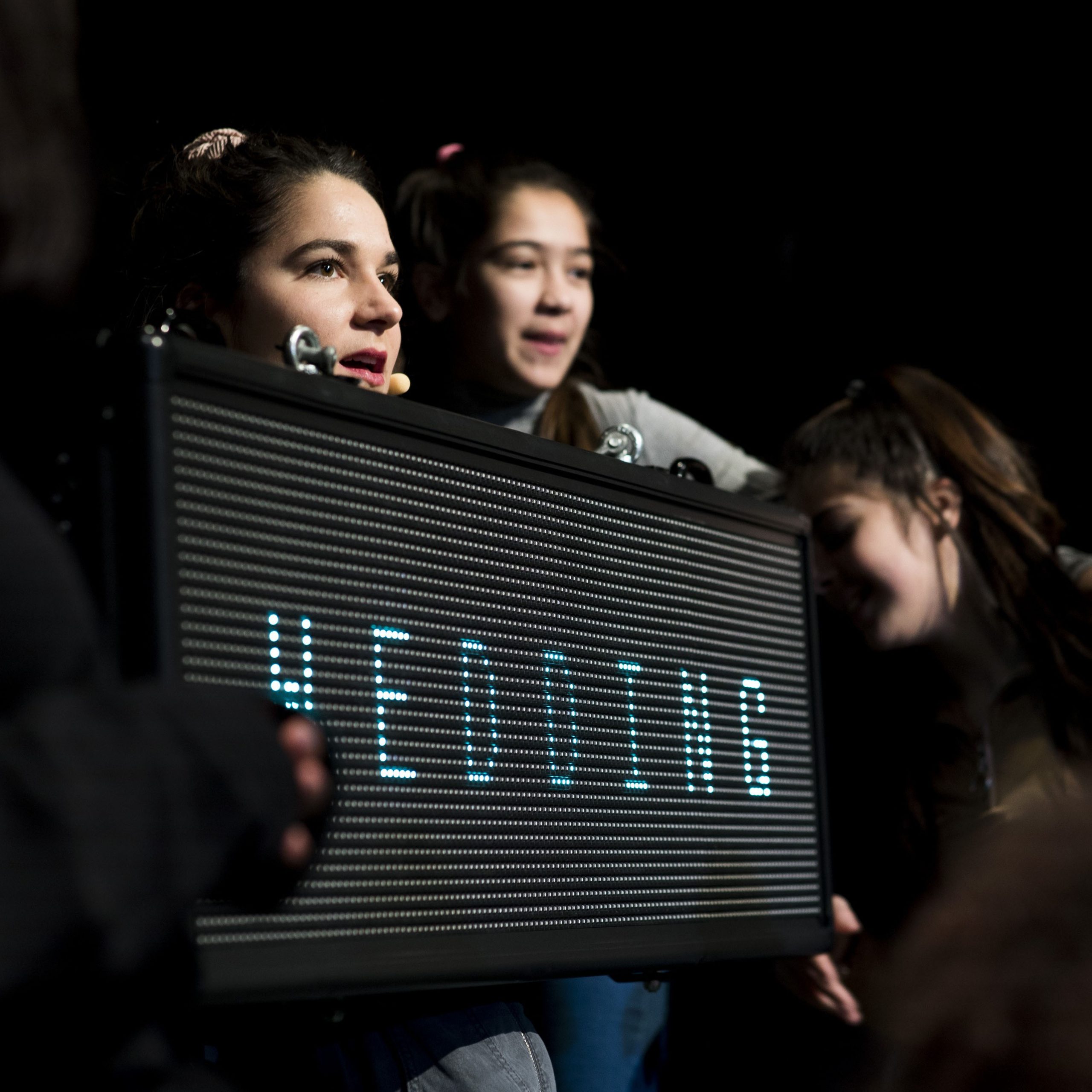 Be different! A Social Game

People differ from each other. Differences and distinctions between people are an ambivalent thing. Some are voluntary, some involuntary. Some visible, some invisible One thing is certain, we grow into social orders and classifications. But not everyone starts out with the same playing cards at the beginning of life....

In an interactive zoom performance, the theater collective Turbo Pascal makes social differences and the question of one's own position playfully visible and negotiable for and with a young audience.

The theatre and performance collective Turbo Pascal toys with their audiences’ participation. Apart from stage performances, Turbo Pascal develops interactive projects in urban spaces. “Unterscheidet euch!” ("Be different!") is their first piece for children and was awarded the IKARUS-theatre prize 2019 from the JugendKulturService.

Please note the following content warnings:
- We discuss themes such as social inequality, poverty and wealth.
- Alcohol, drug or gambling addiction may be brought into discussions.
- Personal stories and experiences can be part of the discussions.

on the analog version of
UNTERSCHEIDET EUCH! EIN GESELLSCHAFTSSPIEL
by Bassam Ghazi

The audience is spread out around the auditorium. Have they been divided into groups? Varying ceiling heights and levels, stands and stage props create an intriguing spatial arrangement. And the audience will keep on sorting and rearranging itself.

The performers will make the first move in the game by reinterpreting the space in the theatre. Where the hell are we?

In a divided city? In the countryside? At which school? And who are we dealing with? Aristocracy, kings and queens, people, subjects? Or are we in court? Only the defendants are missing.

What I realize quite quickly: there is a negotiation going on, staged in a very thoughtfully arranged manner, treated like a game. It focuses on classism, a topic that usually doesn’t get a lot of attention and often placed under a taboo. Social environment and class affiliation, poverty and wealth, social injustice and exclusion are carefully examined in an intelligent and complex way.

With this interactive game, Turbo Pascal succeeds in including the audience without lecturing or being moralistic. In their first production for a young audience, they succeed in not overloading the topic. The well-thought-out game about our similarities and differences remains playful, humorous and enjoyable in its variety. The excellent sound atmosphere and the songs provide the performance with ease and its very own charm. By adding biographical information, the performers question implicitness and privileges.

Questioning the audience does not denounce it or make it look like a fool. The world that the young audience lives in is the starting point for questions regarding exclusion, participation and justice. Are we being pre-sorted in school? Which group are we assigned to? Which reduced history is ascribed to me?

And who is in favour of abolishing grammar school? Me.