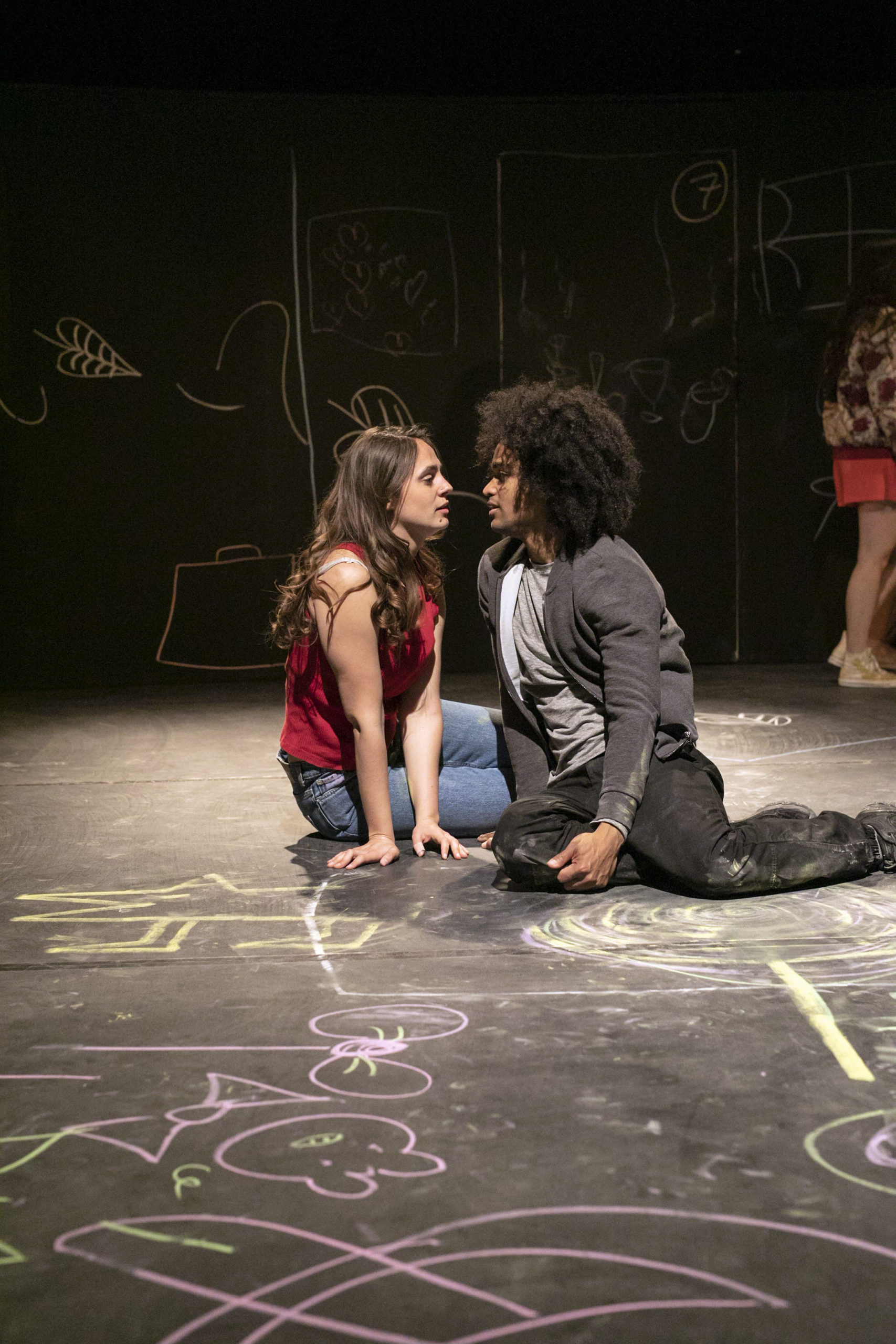 What if? A question we have all asked at one time or another. For Nemo this is more than a mind game - for him it’s reality: In Mr. Nobody all unborn children are able to foresee what will happen to them in their lifetime. Shortly before birth this knowledge is deleted by the angels of oblivion. However, in the case of Nemo this was overlooked. Therefore, he has this special gift to anticipate the variations of decisions and really live through them. Which decisions are the right ones?

You can experience Nemo’s story as a one-shot-film via video stream.

With its own branch at the Düsseldorf Schauspielhaus, the Junge Schauspiel offers contemporary theatre for all generations. It focusses on international and inter-cultural works by a diverse range of authors and on debut performances. In its plays the Junge Schauspiel reflects on the life of children and young people and approaches controversial societal issues. In its performances it advocates cultural diversity and openness to the world. It promotes the courage not to be satisfied with simple answers in a complex world.

Please note the following content warnings:
- There is partially loud music in some places.

on the analog version of
MR. NOBODY
by Patrick Wildermann

How do you know, which life is the right one? Good question. And quite a big one as well. So, you’d expect it would be asked in youth theatre where you’d hope the audience would be less likely to arrive with a highfalutin know-it-all attitude that people normally pick up over time. Instead, they are not really sure of things, in other words: open. With doubts about whether decisions are fate or chance. Not sure to what degree it is in your own hands as to where the path will lead you, what will become of you. Because it is always about our becoming, not about our present-day existence.

In Jaco Van Dormael’s film “Mr. Nobody” the unborn children know everything that will happen to them. As a rule, however, before they enter the world, the merciful “angels of oblivion” arrive and press the delete button. Only Nemo was overlooked and that’s why the boy has access to the whole chess board of existence – and can play thousands of variations. Rejected by Elise, married to Anna, rich and happy with Jean. As a pool cleaner, presenter or as the last mortal human being. We meet Nemo, this nobody, simultaneously in all of those existences, as an 8-year-old boy, at 15, at 34 and finally at the age of 117 as a man who does not remember anything. Interviewed by a journalist who wants to know which life was the real one.

Director Jan Gehler reinvented Van Dormael’s film for the stage at the Junges Schauspiel Düsseldorf. He presents – with a strong ensemble – a whole theatre universe, in which you can fast forward or rewind, jump through time and reflect the fact that I only exist in the plural. Every moment offers millions of choices even though we prefer to tell things chronologically, so they make sense. Obviously, all those simultaneous events can confuse you. But everything leads to a moment where you will have to face a decision which is neither bad nor good, neither right nor wrong. It is impossible.