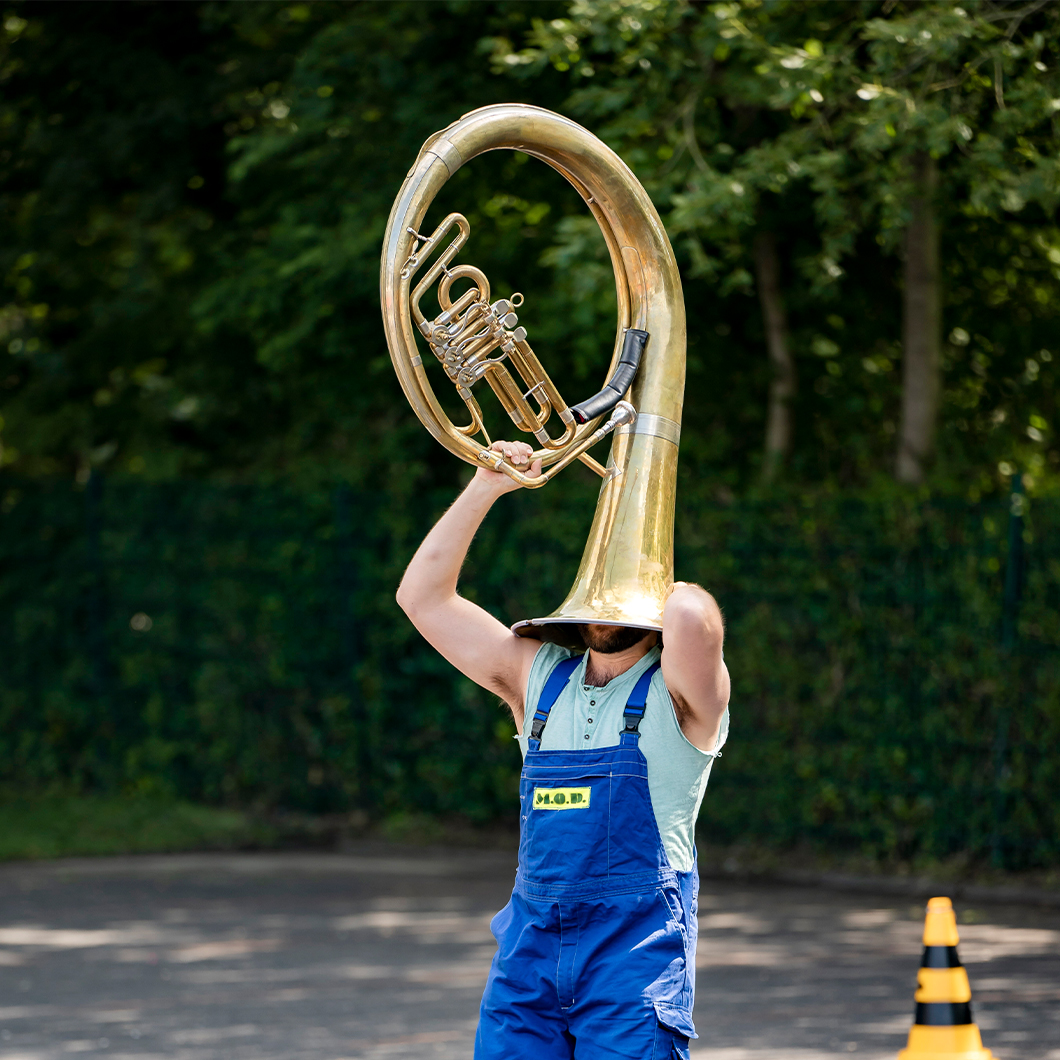 A task force creates order! Garbage has to be disposed of, green spaces maintained, playground equipment serviced, and danger spots removed. The squad does everything with dedication, even playing brass band music or warbling a little song. But this time everything is different. Suddenly, there's a mysterious object that doesn't seem to belong to anyone. How did it get there? Who put it there? And what's in it?

The task force pulls out all the stops to avert an impending catastrophe. With a lot of absurd humor and brass music, the six performers play against the worries and fears of the present and demonstrate unshakable confidence.

Theater Marabu is represented with its productions at the most important regional and national theater festivals and has already been a guest in 17 countries. They have received many awards. In 2015, the group received the ASSITEJ Award for Special Merit in Theater for Young Audiences and the INTHEGA Award for Trendsetting Theater.

After all performances, several follow-up conversations take place immediately afterwards, lasting a maximum of 90 minutes. The allocation to the talks takes place on site. There are always also spatially accessible offers. Information about the presenters can be found here.