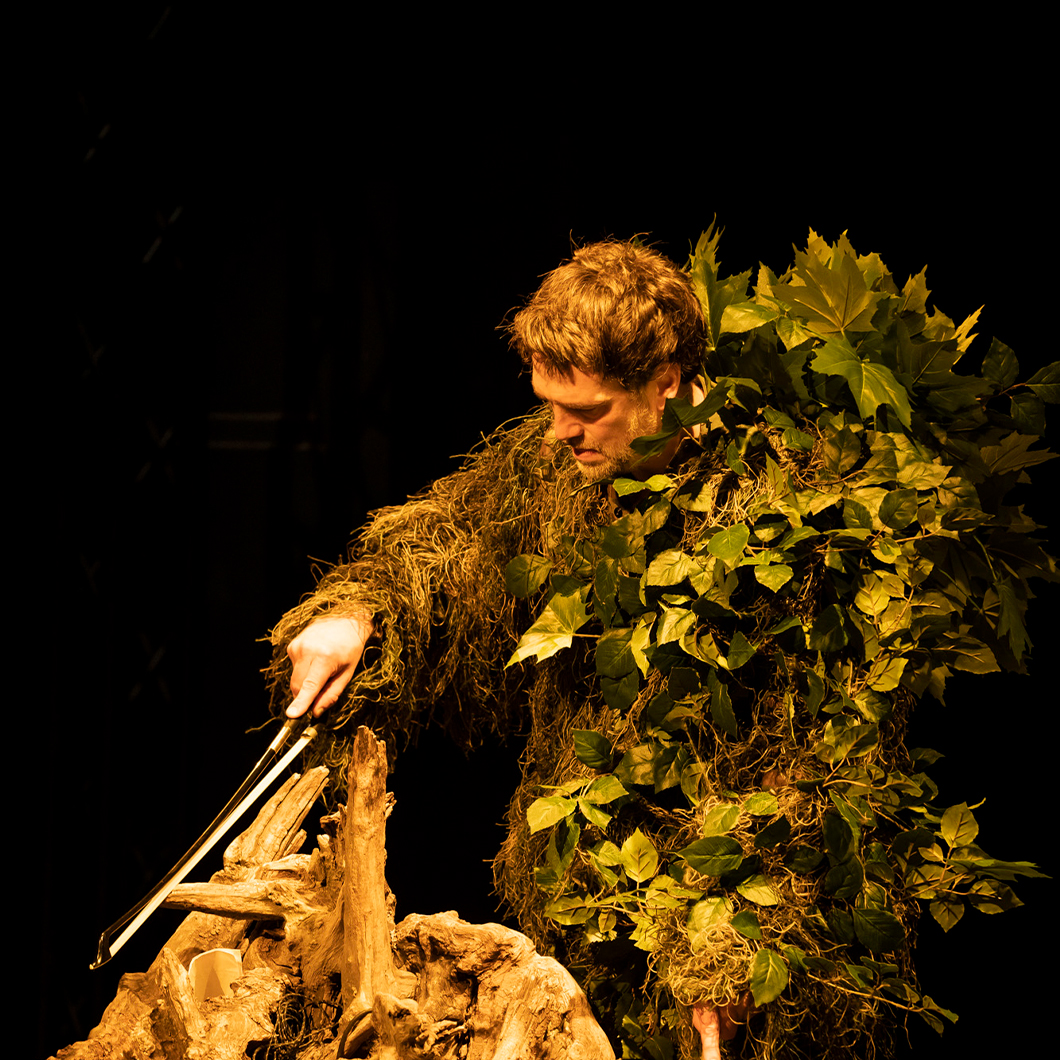 A universe of poetry. A journey through time and space, a concert of words, a lyrical album full of loud and quiet images. Lyricism, poetry: feeling, rhythm, sound of words, meter, music, metaphors ... Sometimes following strict rules and then free. Poetry is an infinite world of playing with language: big becomes small, small becomes big, words go together with words that otherwise do not belong together. Poems are open worlds, small or large, whose secrets must be discovered.

Under the name subbotnik, the theater makers and musicians Kornelius Heidebrecht, Martin Kloepfer and Oleg Zhukov came together in 2011. They develop new formats at the interface between performative storytelling, concert and live radio play. In 2013, the group was awarded the Förderpreis für Darstellende Kunst of the city of Düsseldorf for their theater work. Their trilogy "Gods - Heroes - Cities" received numerous awards and festival invitations. For the production "Zuhause" they received the Cologne Theater Prize 2021.

After all performances, there will be several follow-up conversations lasting a maximum of 90 minutes. The talks will be divided up on the spot. There is always a talkback in English (or with English interpretation) for this guest performance, as well as spatially accessible options. Information about the presenters can be found here.

In cooperation with the FFT Düsseldorf and the FWT Cologne. Supported by the Ministry of Culture and Science of the State of North Rhine-Westphalia.