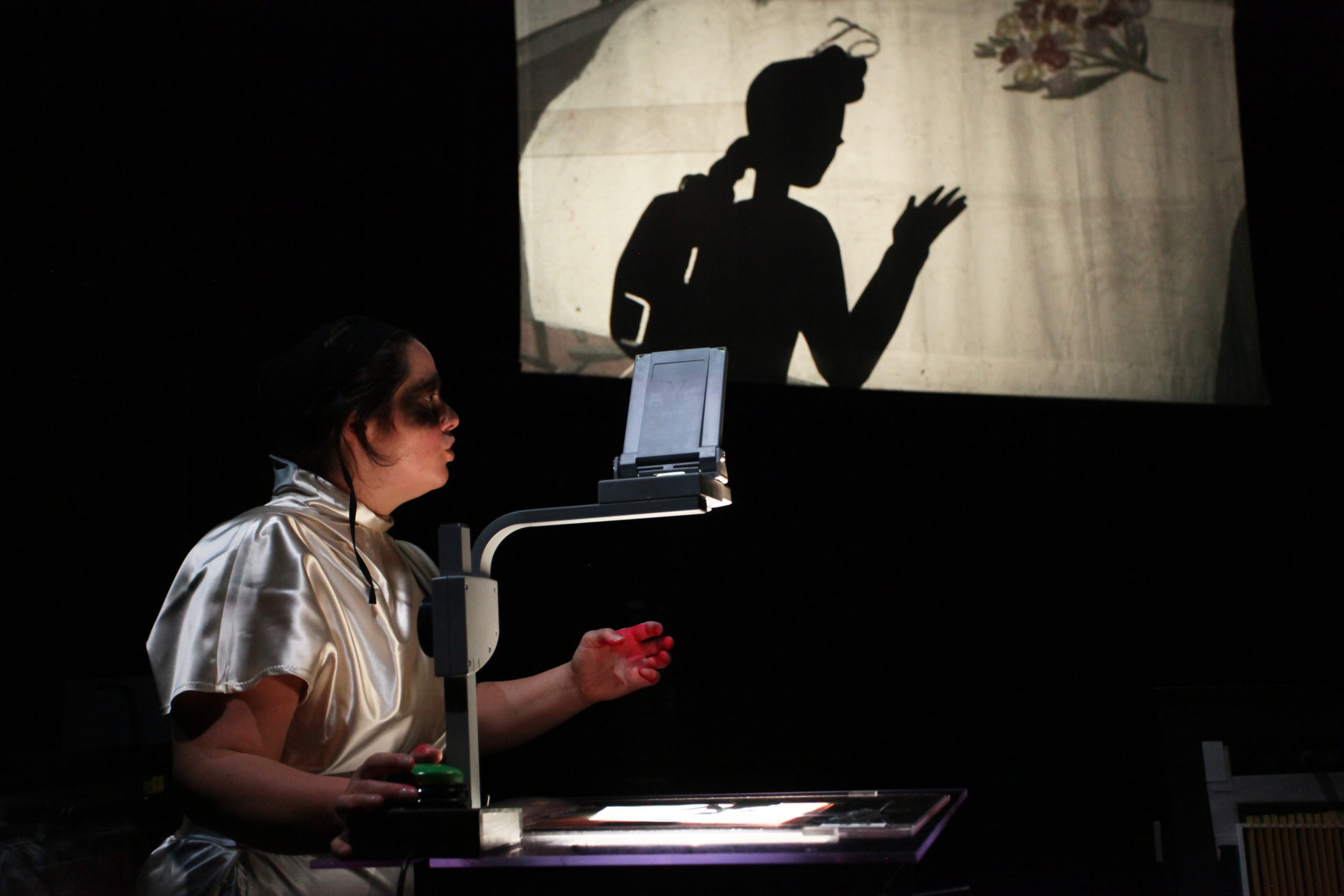 There is only this one world. That much should be clear, shouldn’t it? Anna is a student enrolled in astronomy and develops an artificial intelligence she calls IOta to explore the data collected by telescopes searching for signals from outer space. Suddenly, however, IOta opens the gate to infinite parallel worlds. Those results not only turn Anna’s life upside down, but she also begins to doubt reality. Can you still follow what's going on?

The video stream will send extraterrestrial signals to your home. From the perspective of a theatre-goer, you will dive into the parallel worlds of this production.

Sputnic Collective creates a sci-fi cartoon right in front of the audiences‘ eyes. On stage, the actresses and actors help create the projections and interact with the live film. Since 2014 the art collective has taken an interdisciplinary approach working in the fields of animation, design and stage. They create sets with diverse media for theatre plays, produce films, create installations and interventions. They have received several awards.

Please note the following content warnings:
- There are light and stroboscopic effects and loud music in the last third part of the staging.
- Drawn spiders and insects are shown.
- You will see fake blood.

on the analog version of
IOTA.KI
by Patrick Wildermann

Nowadays, nothing works without artificial intelligence. These super clever algorithms are everywhere: suggesting potential dating partners, calling the crisis helpline by voice command, or telling us where to find the loo. Claiming that the influence of computers will increase is not a risky prediction. But there are still some surprises in the field of AI: how beautifully old school and at the same time fantastically over the top, a story about it can be. The collective sputnic – a group of media artists – sets an example with a performance that was developed for the youth section Moks at Theatre Bremen, together with four actresses and actors and two cartoon artists. “Iota.Ki” (KI is German for AI) might need electricity but no discernible computer processor. What we see is an antediluvial relative of the smartboard: an overhead projector which older people might remember from school. The sputnic masterminds let transparencies create different settings and sets while paper cut silhouettes move across them – all coming to life through the voices of the actresses and actors on the microphone in the dark. Done! This is an artform called ‘Live-Animation-Cinema’, which aesthetically goes beyond the scope of your everyday standard theatre.

It’s the contrast that is so appealing: the sputnic collectivists telling a super futuristic sci fi extravaganza with seemingly old school hand-made craft. The story is about a researcher, Anna, an AI called Iota and a God like super computer (Alpha!) that traps us in gigantic simulations.

The best way to watch it is: forget about everything you have read about the space-time-continuum before immersing yourself in this exuberant story. With intelligence alone - be it artificial or not – you can’t answer the question about the meaning of life. Another valuable lesson from this electrifying evening.