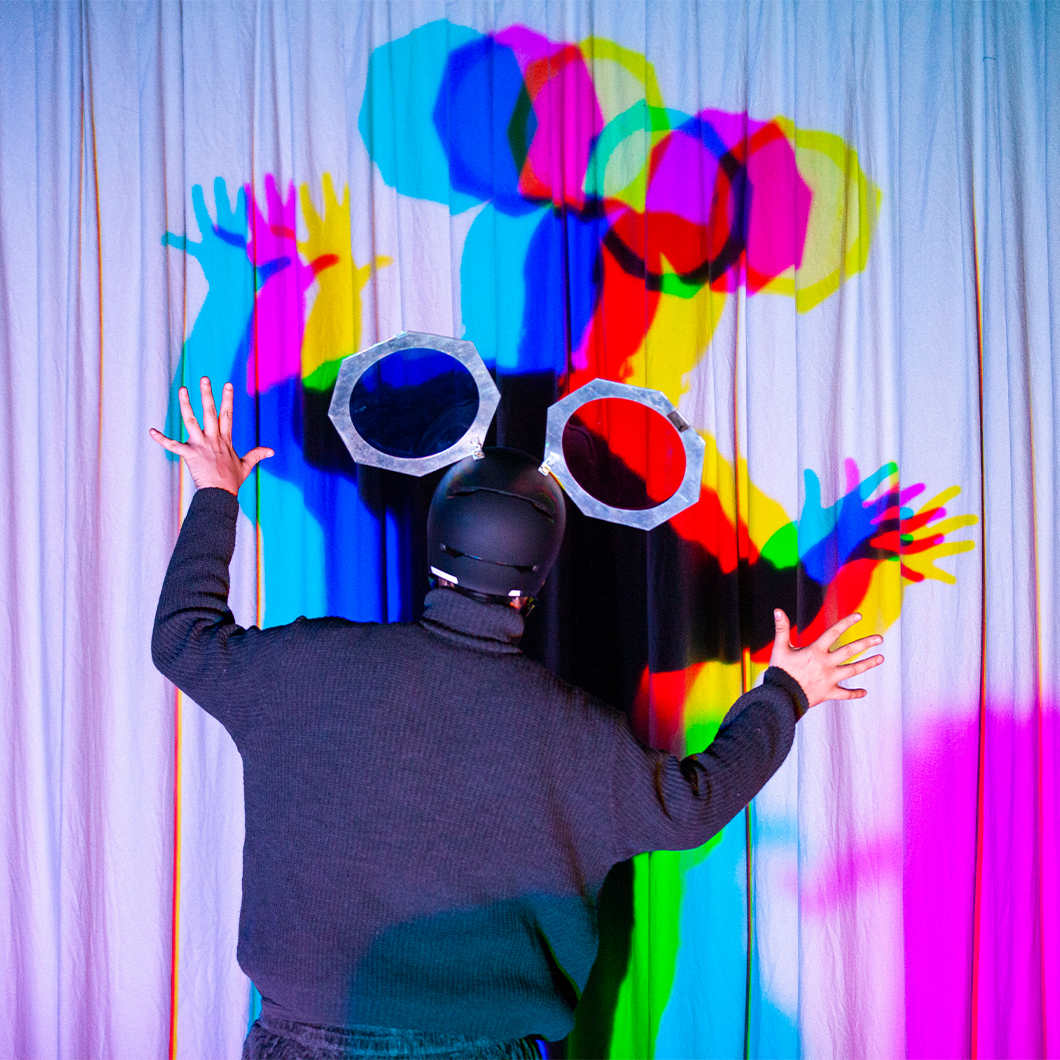 Instead of working hard in the summer like the rest of the mouse family and hoarding food for the winter, Frederick collects sunbeams, colors and words. Then, when the long winter weighs on everyone's mind, Frederick brings out his treasures and makes a grand entrance, bringing summer into the cold cave.

Frederick proves that artistic work is important for a community. His treasures are the basic elements of theater: colors, lights, words, and sounds. With the help of the children, he operates the theater machine and also lets them become active and creative spectators themselves, who playfully get to know the means of the stage and thus let the theater develop together.

vorschlag:hammer have been developing theater productions as a collective since 2009. They studied cultural studies and aesthetic practice in Hildesheim, acting in Bern and Zurich, and applied theater studies at the JLU Gießen. The constantly complementary vorschlag:hammer core consists of Kristofer Gudmundsson, Gesine Hohmann, Stephan Stock and Bernhard la Dous and is part of the network cobratheater.cobra.

After all performances, several follow-up conversations take place immediately afterwards, lasting a maximum of 90 minutes. The allocation to the talks takes place on site. There are always also spatially accessible offers. Information about the presenters can be found here.