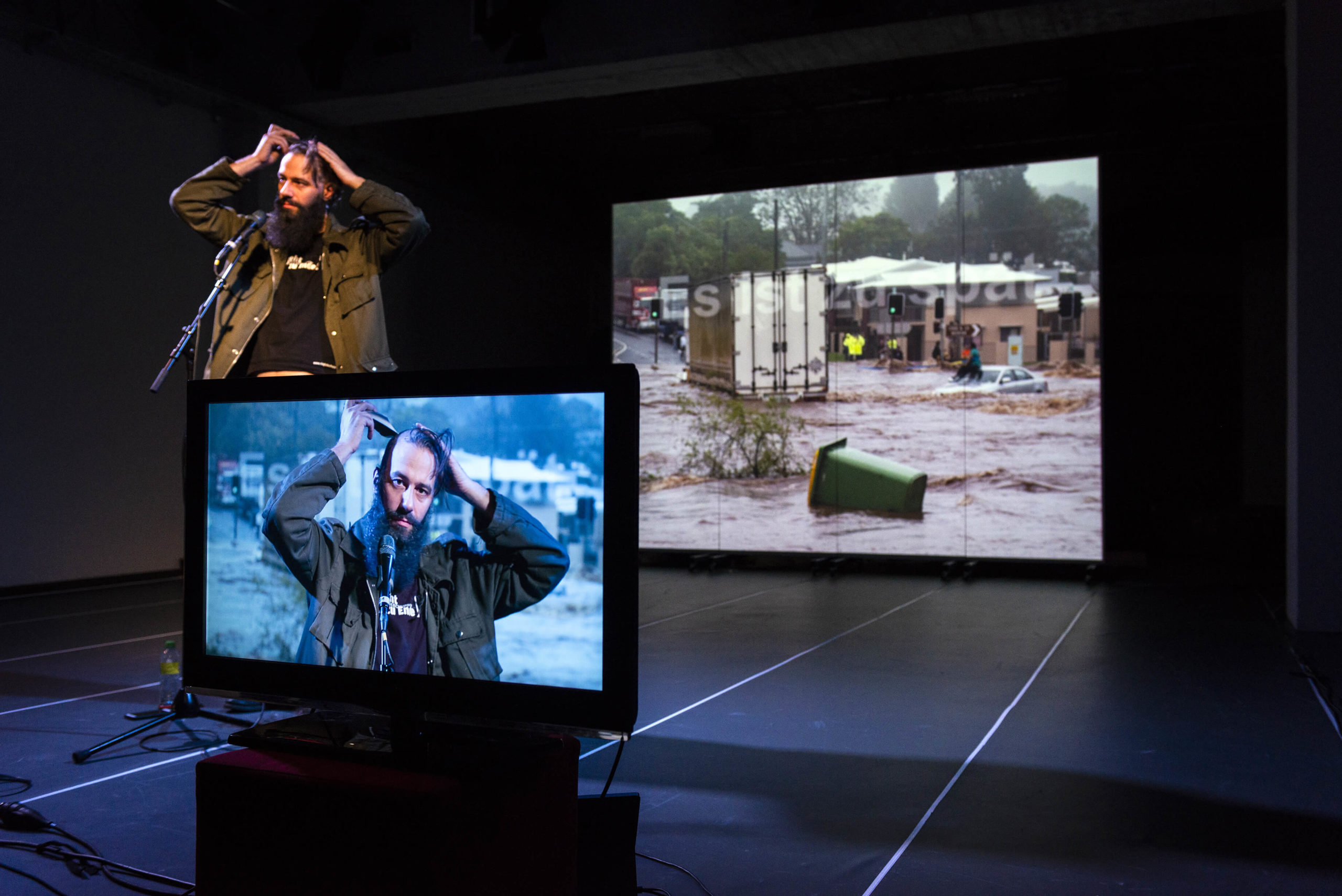 "Hi. Nice to see you“, says Arne and beams at the camera. Via video he looks back upon his former theatre work for his followers. Five years of documenting social change, five years of educating, five years of living at the poverty line. He talks about the extinction of species, climate change, water scarcity, refugees, poverty, injustice, Fort Europe, wars and fascism. What could theatre have done differently, other than repeating the narratives of the coming disaster? "The whole world is a stage", says Arne, "and its collapse is a treat."

“It’s too late” was developed as a digital live act right from the start, and during the show you will be able to connect via live chat.

Arne Vogelgesang studied Directing at the Max Reinhardt Seminar in Vienna. He experiments with different compositions of documentary material, new media and performance. His content is focussed on political radicalization, deviant methods and digitalisation of humanness.

Please note the following content warnings:
- Pictures of natural disasters are shown.
- Quick and dense speaking shall be expected.

It is 11 pm in June 2020, I close my laptop, I have watery eyes. In my head I hear the echo of a rattling da-dum da-dum da-dum combined with the song at the end of the play: sighing, almost angelic sounding voices. We are in lockdown and I have just watched a performance on YouTube live on my couch. Arne Vogelgesang portrays a former theatre maker, now turned youtuber, who is trying to get his head around the climate crisis in its entirety. An undertaking in which he can only fail. It gets right down to the nitty gritty quickly: permafrost soil and the militarisation, right wing extremism and the ignorance of the wealthy societies who hear the disaster approaching – da-dum da-dum da-dum – but are not capable of acting. The theatre undergoes a reality shock. Can anything be done? “No”, the performer answers his own question. He reproaches the theatre for always just confirming the catastrophe, making it reproducible and consumable. He and the audience permanently seem entangled in irresolvable contradictions. At the end of the day his own performance is also just a good performance, nothing more and nothing less. What-if situations have been addressed many times. It is too late. We should stop: but we won’t stop. We continue doing what we are doing, we have to continue - but how? How do we deal with the climate crisis and the way we are involved in it? What does the theatre put on stage when the whole world seems to have been staged? Have my tears at the end of the performance been rehearsed, are fake or should be fact checked? “It’s too Late” asks burning questions with merciless, suffocating precision and an unsettling clarity. Questions that concern all generations. On stage, in the audience and beyond.