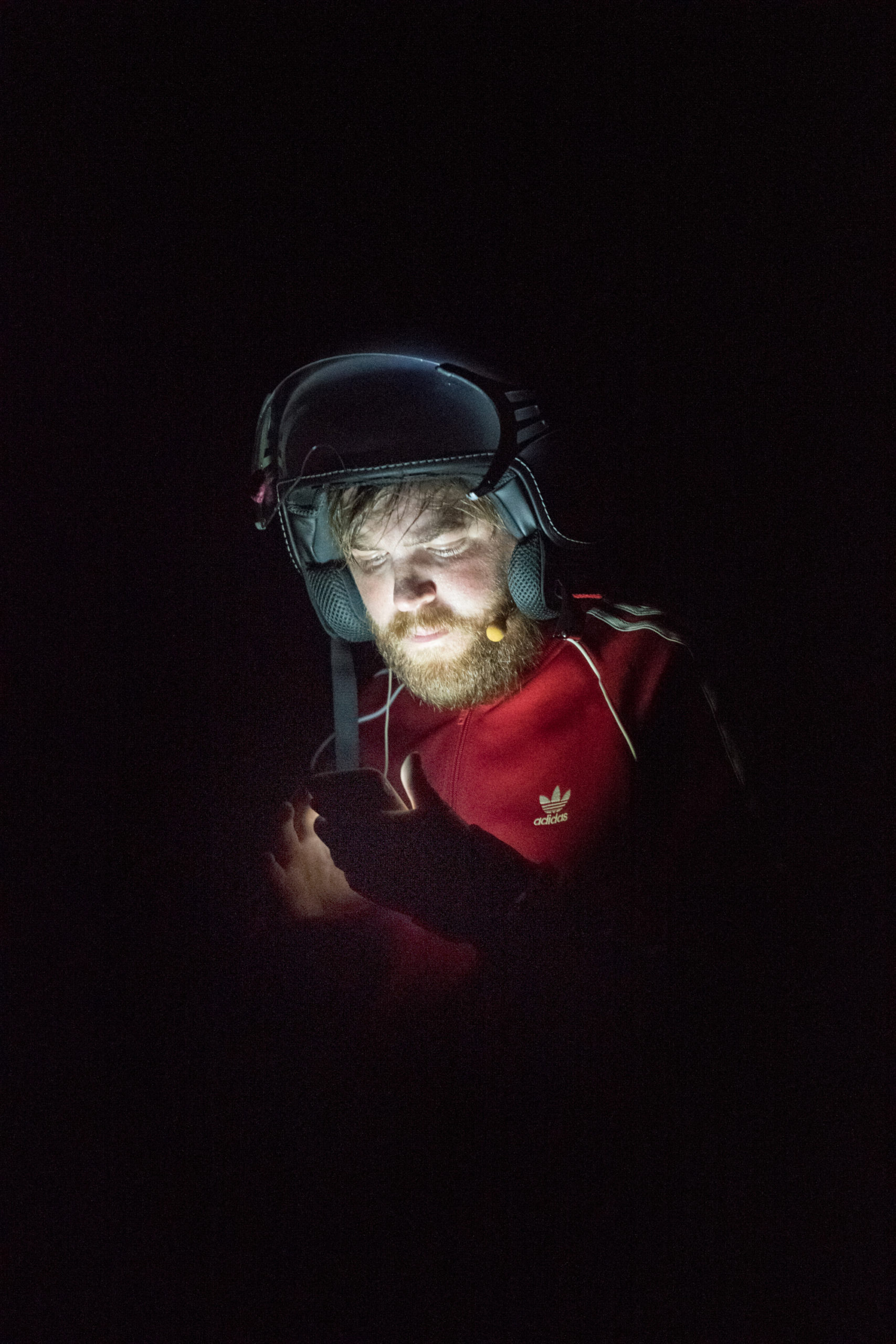 What can theatre achieve? Everything! It lives by assertion and complicity with the audience. We see a square and a construction site. We hear the voices of …wait a minute! There's something wrong here. A capricious plot unfolds playing with our expectations and ideas of security. A cunning and witty production about reality and imagination.

This production will be specifically recorded for AUGENBLICK MAL! To watch it, you will need a digital device, a darkened room and a handful of rice crackers. The Q&A afterwards will be broadcast from the artists’ dressing room.

The Dutch author and director Jetse Batelaan is one of the most unconventional protagonists in a new generation of theatre makers. He is the artistic director of the Theater Artemis and was awarded the Silver Lion at the Venice Biennale in 2019.

Please note the following content warnings:
- Loud music, sound effects, and light effects may occur.
- It will be completely dark in some places.
- Youth colloquial language is used.

There are three performers onstage. Their names are Willemijn, Carola and Elias and they look like copies of themselves, a little distanced, a little like not-quite-successful adult interpretations of adolescents. They talk about a theatre play they allegedly saw with their teacher and their class and did not understand. After a while I begin to comprehend that they are discussing the play that I am watching. Wait a minute. If those three are playing those who are watching, are they playing me?

Sounds complicated? It continues: There is another player in the room - she is impalpable, unnamed, but she is there and acts together with them - is it the stage or perhaps some magic force which arbitrarily makes objects appear or disappear or makes the platform of Willemijn’s shoes increase and decrease in size? The light is switched on and off countless times, the voices of the three actors are swapped, a glass bottle suddenly shatters in the room. However, the audience represents the most important part and gradually turns into the main actor. It is an accomplice, cause and subject of this strange, hilarious and surprising cooperation. For the play to develop, it needs the unconditional perception of the audience. In this kind of in-between, spaces arise, filled with humorous ease and great philosophical questions: could it all be different, could here be somewhere else and am I perhaps you?

The only thing that this piece perhaps does not care about is the title and that’s it. It is a great piece about what theatre can do best - in a dialogue between the stage and its auditorium - placing the audience beyond cognitive understanding, subtly and outstandingly in the centre of attention.

Work commissioned as part of the Frankfurt Positionen Festival 2019, an initiative of the BHF BANK foundation. Funded by the Ministry of Science and Art Hessia as part of the intergenerational mediation initiative: "ALL IN - FÜR PUBLIKUM JEDEN ALTERS" (ALL IN – FOR AUDIENCES OF ALL AGES) and the performing arts fund NL.