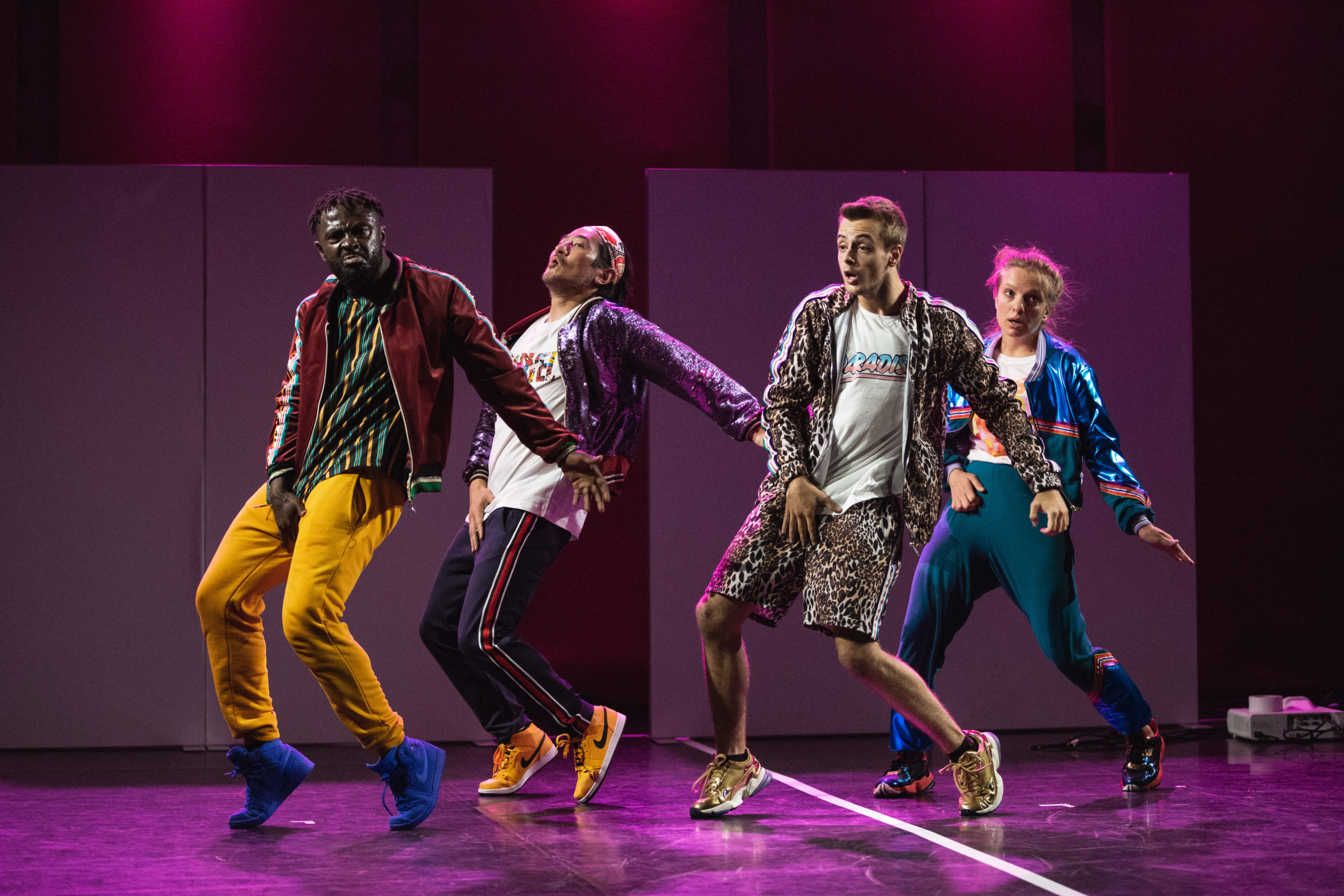 As children we are all pop stars in our own room, we feel fine when filtered and almost every child improvises the floss dance. Dance styles are created via Games and TikTok and go viral all over the world. To what extent is our body language influenced from the outside? Three dancers and one musician adopt the movements of others and demonstrate how they create their own dance style from those moves. An infectious inspiration for everyone in the audience - regardless of what gender you assign yourself to.

You can dance along at home! The digital version of this production gets you off your couch and right into interaction and movement. English subtitles will be provided.

Takao Baba is one of the leading hip-hop choreographers in Germany. He connects different hip hop styles with the expressive forms of contemporary dance. His performances are characterized by a high physical intensity and visual diversity. He founded the platform Dance Unity in 2003, to promote urban dance forms. It organises urban dance events like Funkin’ Stylez and Juste Debout together with tanzhaus nrw.

„Boys don't Dance“ - I immediately want to contradict this: but they do dance. The title of this impressive dance performance is a provocation and a tad misleading. However, right from the start, the three dancers refer to themselves as boys. The supposed coolness of boys in puberty is examined and deconstructed. With humour and a wink, this diverse company confronts us with complex perspectives of body images and role ascriptions.

In this dance and hip-hop session, we will experience a clever mix of viral and urban street-style moves that come together in a versatile dance production. A great variety of moves and movements are taken apart, copied and combined and re-combined in a number of ways. Most of all, I was impressed by the performance’s compatibility. It motivates to replicate and participate, at times it feels like a tutorial. The battle philosophy of hip hop is interpreted positively and celebrated communally. Instead of being discredited, you are encouraged to move, face the camera and to find your own moves.

The crew of E-Motion / Takao Baba consists of three dancers, a musician, a dancer and a sign language interpreter. Together they create an atmosphere which is approachable and inviting. Simple and clear movement choreographies are taken from the lives of the young audience and are refined. In a diverse mix of urban dance, live music and clip aesthetics, movement languages and the influence of viral movement patterns are explored. In musical as well as in dance loops, different sounds and rhythms unfold.

In the final hip hop and battle session, the dance production enters a fast-paced empowerment for young people. Get going, dance and join the MOVE.