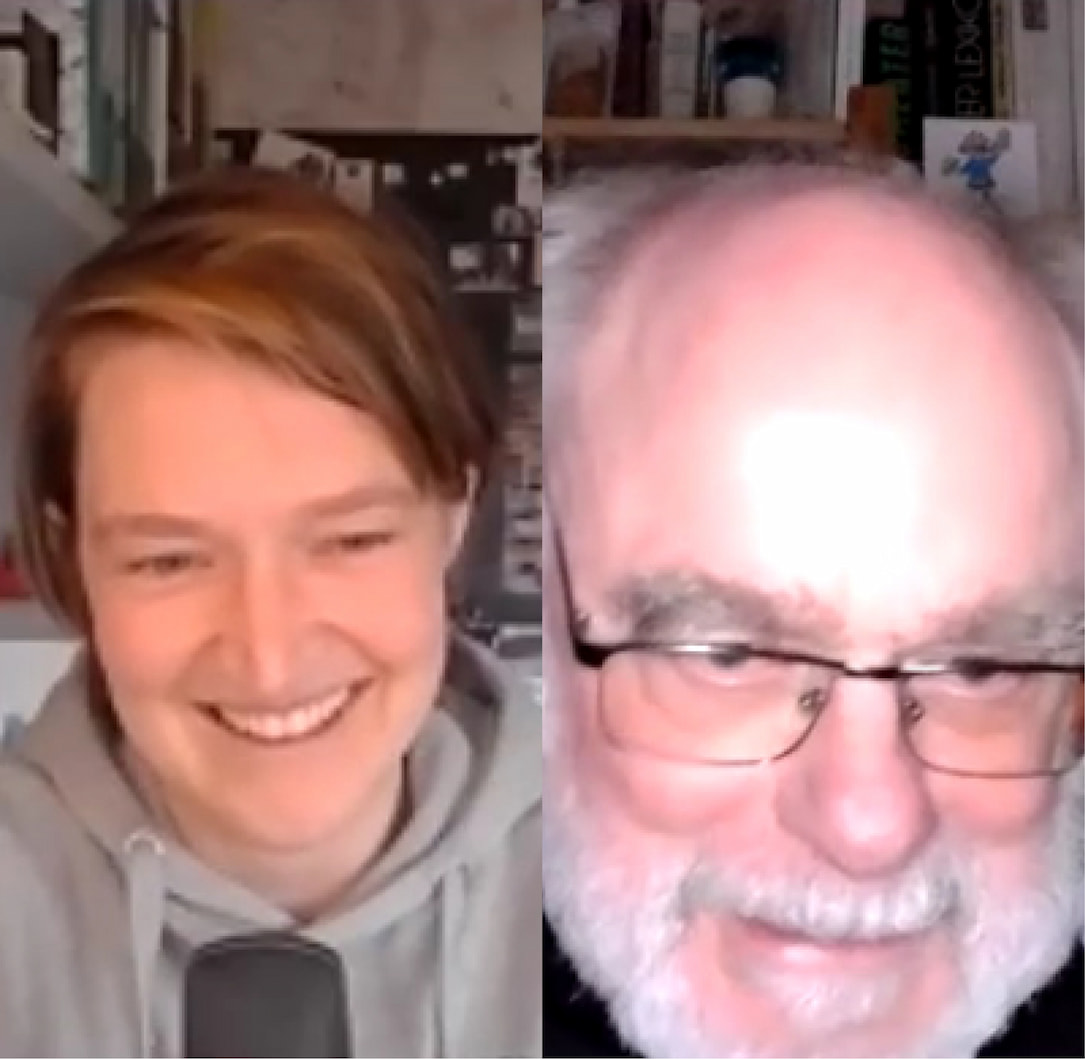 Confront history, at least a little bit (…), so you won’t keep on making the same mistakes.
Manfred Jahnke
#Interview
Duration: 16 minutes and 41 seconds

Grete Pagan (*1983) studied directing in Hamburg. Since 2010, she has worked as a director  mainly at the Theater für junges Publikum, but also at JES, Schauburg Munich, GRIPS Theater Berlin, MoKS Bremen, junges Landestheater Tübingen, junge WLB Esslingen, junge Nationaltheater Mannheim and just Mainz. She translates English theatre texts into German. Since 2019 she has been on the advisory board of the state association of art schools in Baden-Württemberg and since 2014 she is the head of organisation and production at the Schöne Aussicht festival. In 2021, she is a curator at AUGENBLICK MAL!.

Manfred Jahnke is an independent  theatre scholar, dramaturge, curator and theatre critic, among others as a freelancer for Deutsche Bühne. In his reviews, he has drawn public attention to the children and youth theatre. He lectures at the LMU Munich, at the University for Music and Dramatic Arts Stuttgart and at the Schauspielakademie adk-ulm, where he tries excite actors, directors and theatre pedagogues for a young audience. He has been on the jury of AUGENBLICK MAL!, Traumspiele-Festival NRW and at the Theatertreffen der Jugend. Manfred Jahnke is a recipient of the ASSITEJ-award.